Why Your Drivers Deserve a Rest 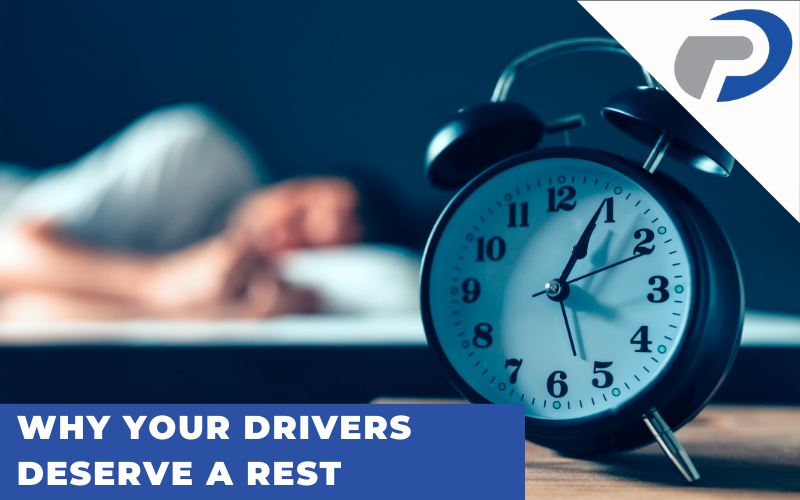 Why Your Drivers Deserve a Rest

Everyone needs a break now and then, but especially those who move freight for a living, particularly truck drivers. As the old adage goes, “you can’t underestimate a good night’s rest.” The benefits of a well-rested driver are felt all along the supply chain and out on the highway.

Sleep is an often overlooked factor in truck utilization and driver productivity. A six-month study conducted by FleetRisk Advisors found half the drivers at a large truckload carrier were trained in the science of sleep and half were not. A closer look revealed that the sleep-educated drivers ran 10% more miles per tractor-week compared to the control group, while maintaining 100% compliance with hours-of-service regulations.

The Time is Now

There’s no better time to educate drivers, dispatchers, management, and others about sleep science than now. In July and August, truckload accident frequency was approximately 12% higher than the average in April, May, and June. These longer days mean people are spending more hours out of the house and on the road—and it seems they’re sacrificing sleep to do so.

It may seem obvious, but the sleep-wake cycle is driven primarily by the rising and setting of the sun. At the risk of oversimplifying a complex sleep system our bodies have in place, as the optic nerve begins to sense that light levels are decreasing each evening, our bodies begin to produce more melatonin, a natural hormone associated with sleep. The bottom line is that there’s a connection between hours of daylight and the amount of sleep our bodies naturally crave.

Transit times and pickup-and-delivery schedules are rarely oriented around the driver’s sleep-wake cycle or daylight hours. If a shipper wants a trailer against the dock at 5:30 a.m., the driver may have to wake up hours earlier in order to eat, commute to the truck, inspect the vehicle, and get to the shipper’s location at a reasonable time.

A study by the Federal Motor Carrier Safety Administration (FMCSA) found that driver alertness was closely correlated to “time-of-day” more so than “time-on-task.” In summer, when there’s more daylight, the FMCSA research illustrates that truckers who sleep during the day get around 2.5 hours less sleep each day compared to their dayshift colleagues who sleep at night.

And herein lies the challenge of prescriptive hours-of-service regulations and a one-size-fits-all approach to the driver’s duty cycle.

What You Can Do

Shippers and receivers play a role in the driver’s productivity and wellbeing. In today’s supply chain environment, no trucker will lose sleep over rejecting a load, if it means better safety, health, and productivity for the driver.